Our San Antonio domestic violence lawyers understand that many domestic violence cases are the result of simple misunderstandings or disagreements that quickly got out of hand. If someone in the home is shoved or threatened, you start throwing things or restrain someone, and the authorities become involved, you could be arrested for assault. 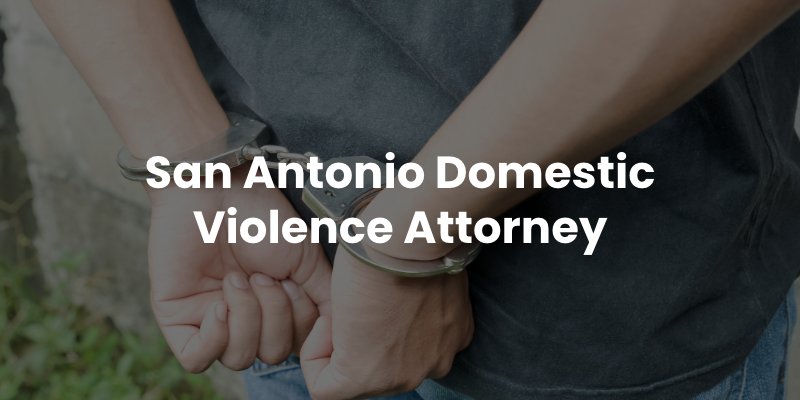 Why Choose Hoelscher Gebbia Cepeda, PLLC For Your Case?

When you are facing a domestic violence allegation, it is crucial that you work with a skilled San Antonio criminal defense lawyer immediately. Hoelscher Gebbia Cepeda, PLLC is ready to provide legal help during a free consultation.

At Hoelscher Gebbia Cepeda PLLC, we don’t just look to defend against a protective order or other criminal charges; we want to help families address the root issues that result in accusations of domestic violence. By getting all the facts from both parties, offering referrals to therapists, counselors, and other family services, we can work together to pinpoint the deeper issues and take steps to ensure violent acts are not repeated.

Although there are serious incidents of domestic violence, many of these cases involve false or exaggerated accusations. One party may accuse another of violent behavior to gain a favorable position during divorce proceedings or a child custody dispute, for example. No matter if your incident involved harmful physical contact, emotional abuse or verbal abuse, or is completely unfounded and you have been falsely accused, it’s important to secure representation from an experienced domestic violence defense attorney to ensure you are protected from the consequences of protective orders and domestic violence charges.

What is Domestic Violence?

Acts of violence that constitute domestic violence in Texas involve actions against family members, members of the household, or someone the offender is currently dating or previously dated. This can include the following:

This type of domestic violence charge will be applied if a person commits an assault against any of the people mentioned above. Assault at this level consists of:

A person will be charged with aggravated domestic assault if they commit this offense against the family members listed above. Aggravated assault in Texas involves:

Continuous Violence Against The Family

In addition to the assault charges mentioned above, Texas law allows for a person to be convicted of the crime of continuous violence against the family. This will occur if a person commits two domestic violence assaults within a 12-month period.

Penalties For Domestic Violence in Texas

There are various penalties associated with domestic violence charges in San Antonio, and these penalties will be dependent on whether or not a person is charged with a misdemeanor or felony offense (based on the corresponding state assault law). These penalties can include the following:

Family violence cases (which include people who are blood relatives, married, dating, or no longer in a relationship) have consequences beyond other criminal cases. These collateral consequences can occur even if you are not convicted of physical assault – Family Violence and can affect all aspects of your life – family, career, and freedom.

Collateral Consequences For Your Family

The Department of Family and Protective Services (“DFPS”), often called Child Protective Services (“CPS”), may get involved, especially if children were present at the time of the incident. CPS can open a legal case seeking to terminate parental rights. Those CPS cases can last up to 18 months. If a divorce or child custody case is happening, then a family violence case can be used to deny child custody and limit visitation rights.

Collateral Consequences For Your Career

A conviction for assault – family violence can also cause you to permanently lose your right to possess a firearm. If you are in the military, you may be discharged. Law enforcement personnel may be reassigned or fired, and lose TCOLE certification. This can happen even if a conviction is avoided, however, if an affirmative finding of family violence occurs, either in civil or criminal court.

Family violence convictions may endanger professional licenses or certifications. Skilled tradesmen will find it nearly impossible to be bonded. It will appear in your criminal record and will show up in pre-employment and pre-leasing background checks. Many people convicted of family violence have difficulty renting housing because family violence allows a lease to be broken in Texas.

Collateral Consequences For Your Freedom

Since the federal government considers deferred adjudication as a conviction, even though Texas does not, many accused people are caught off guard by these collateral consequences. However, even at the Texas level, many defendants are surprised to learn they have an affirmative finding of family violence (“AFFV”) without being convicted. AFFVs show up on many background checks. Worse, actual convictions will cause future accusations of family violence to be treated as felonies and prevent an order of non-disclosure despite successful completion of a future deferred adjudication.

Of course, in some cases, there is a significant risk of jail or prison time for individuals accused of family violence. Prior to a trial, judges tend to impose greater restrictions on bonds in family violence cases. The bond amounts required tend to be higher and many defendants are required to be monitored at their own expense. For example, you may be court-ordered to pay for a GPS ankle monitor and/or be confined to your residence. At sentencing, defendants may have to endure a Victim Impact Statement and face stricter sentencing for a crime of violence.

Violence in the home can result in severe emotional trauma for children. In some cases, children may be asked to give statements and relive the details of a frightening experience or become traumatized after being coached to lie. Our San Antonio domestic violence lawyers do everything in our power to mitigate the impact on all parties. With our years of experience and commitment to protecting our clients and their children, a domestic violence attorney from our law firm can help you resolve your legal matter with a strong criminal defense and start taking steps toward building a safer home.

Although located in San Antonio, Texas, our domestic violence attorneys handle cases throughout Texas and are recognized in many Texas courts. Some places we defend criminal domestic violence charges regularly include:

If you have been accused of domestic violence in San Antonio, Texas, or elsewhere throughout the region, you can rely on the unwavering commitment of our San Antonio domestic violence defense attorneys. Schedule a free consultation for a case evaluation in Bexar County by calling (210) 222-9132 or complete our contact form. Visit our criminal law office today to learn more information about fighting your domestic violence charge and protecting your constitutional rights.