Question and Answer: 8 FAQ About Child Custody Law That Every Parent Needs to Read

Welcome to the Family! 7 Important Things You Need to Know About Adopting a Baby

A Child’s Rights: What Is the Role of Child Protective Services in Texas?

Are you currently dealing with a child custody case? When it comes to child custody law, how do decisions get made? Do you have questions? We answer them here!

Whether you are a single parent or a parent going through a divorce, navigating custody can be a terrifying feeling. However, learning a little bit about child custody law can help calm your nerves a little.

Know that you are not alone, around 27 percent of children under the age of 21 have lived in single-parent households.

Keep in mind that laws vary state to state, but here are some of the most frequently asked questions about child custody to get you started.

Is There a Difference Between Physical and Legal Custody?

Yes, there is definitely a difference. When you have legal custody you can make legal choices for your child such as medical decisions, schooling and educational decisions, and decisions for religious and moral upbringing. A person with this decision making authority is called a “managing conservator” in Texas.

Physical custody means that the child physically resides in your custody. This can be part-time or full-time. You don’t have to have physical custody to retain legal custody. When a person has a right to physical custody, called visitation, but limited decision making authority, they are a “possessory conservator” under Texas law.

Many parents share both time and authority over their children. These “joint managing conservators” may not be fully equal, however. Even when visitation and child access are shared 50/50, one parent will generally be “primary,” meaning that parent chooses the child’s primary residence. A child’s legal residence has implications for a variety of other decisions such as school districts and who receives child tax credits.

It’s good to do some research to make sure that you are fighting for the type of custody you wish to have.

I Was Never Married, Do I Need to File for Custody?

This really depends on the state that you live in and which parent you are. Some states will automatically assume that since there was no marriage that the mother simply has full custody.

All states, including Texas, will want to have two parents responsible for a child’s financial support. So, whether you file for custody or not, you might find yourself paying child support. It’s best to check with a child custody lawyer in your state to make sure you are protected regardless of whether you are the mother or the father.

What Factors Do the Courts Care About When it Comes to Child Custody?

There are quite a few things that the courts will take into consideration when hearing your case. A big thing that they look at is that the parent who gets custody wants the child to have a healthy relationship with the other parent.

The age of the child and their relationship with their parents will also be big factors.

A few others are the age and health of the parents, the developmental needs of the child, and the stability if each of the homes. Of course, any parent who poses a risk to their child, for example, because of drug or alcohol abuse can be denied access to their child, even where everything else is great.

It’s important that through this process that all parties remember that what it really important in all of this is the child’s well being.

Do I need a Temporary Custody Order?

You might. Some states require temporary custody orders be put in place between the separation and when the divorce is finalized.

Some things that might also require a temporary custody order are when a parent is deployed, in the hospital, or suffering from illness.

While it might not always be required, its advisable that parents set up a temporary custody order anyway. It helps both parents feel comfortable knowing when and how they can see their child. Temporary orders also give everyone a chance to see how the new rules really work in practice so they can be fine tuned.

Setting up temporary custody orders can stop a hard situation from turning ugly.

What is the Difference Between Mediation and Arbitration?

In mediation, you speak with the other parent to try to work something out while a neutral third party is present. The third party is there to help you both stay on topic and hopefully stay civil through the process. Whatever you guys come up with during mediation isn’t legally binding unless everyone agrees. If you reach a “mediated settlement agreement,” or “MSA”, then that will be entered as an enforceable court order.

Arbitration is where you both plead your case to an arbitrator, which is like a hired judge. It’s a little more laid back than an actual trial, but the proceedings can be sealed. This option is best for parents who have a hard time communicating with each other and want to make their legal battle as private as possible. Arbitration can be part of a “collaborative law” process.

Sometimes people will start in mediation but end up in arbitration because they can’t solve their differences. The big difference here is that arbitration is generally legally binding, even when the parties disagree. Of course, you can go to court to have a judge resolve any conflicts, too.

My Child Has Special Needs, Does That Change Anything?

It could, the court will take the child’s needs into consideration. Let’s say the child is in a wheelchair and one of the parents lives on the second story of an apartment building with no elevator. In that case, physical custody might not be granted to that parent.

Or if the child needs to stick to a strict daily routine and moving back and forth could cause the child harm, then 50/50 might not be the best option either.

Most of the time, the best thing for the child is to have an ongoing relationship with both parents. If there are any reasonable accommodations that can be made to allow parents to both have custody then that is recommended.

The biggest thing here is that all the child’s needs are met, emotionally and physically.

How Can I Prepare?

You should be working with your lawyer before every appearance to make sure you have a solid plan of action. You want to make sure to participate as much as you can in the process. Sometimes that includes doing some of your own research or gathering your own evidence. That way you can make sure that you can take action and give your lawyer recommendations on what you feel is best. Also, experienced divorce lawyers charge hourly, so any time you save your divorce lawyer, saves you money.

The more prepared you are the better you will come off in court. Be confident and dress appropriately to give the judge the best impression of you.

Are Judges Less Likely to Side with the Father?

No, nowadays child custody law is gender neutral. In fact, in 51 percent of custody cases parents agreed on their own that the mother would take full custody.

The sad thing is that too often fathers don’t try to get custody because they assume that it won’t matter to the court. When in fact 91 percent of child custody is decided without court interference.

Even where a judge is biased, an experienced child custody lawyer will know how to deal with the problem.

How does Child Custody Law Vary From State to State?

Child custody law can be very different depending on what state you are in. That’s why, while doing online research is a good start, it’s advised to find a lawyer in your area to advise you.

It’s important that you find an experienced lawyer that you can trust. If you’re looking for someone to represent you or answer a few questions you may have, contact us.

What to Expect in San Antonio Family Court 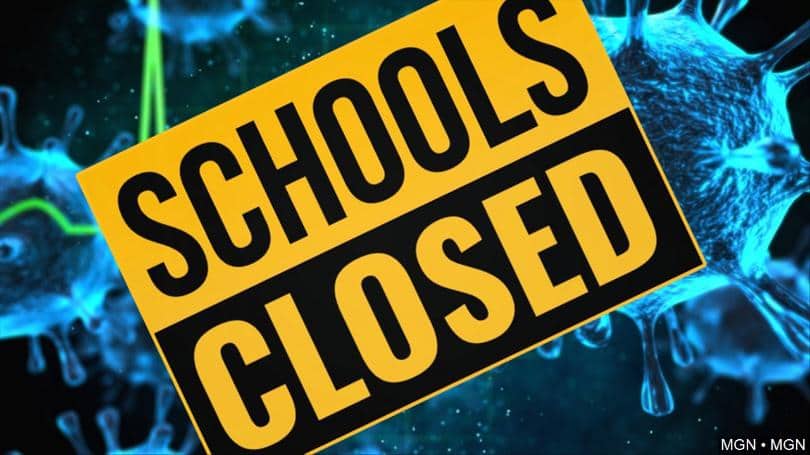 Child Custody and Visitation during the COVID-19 (Corona Virus) Pandemic